By National Commission of Senior Citizens 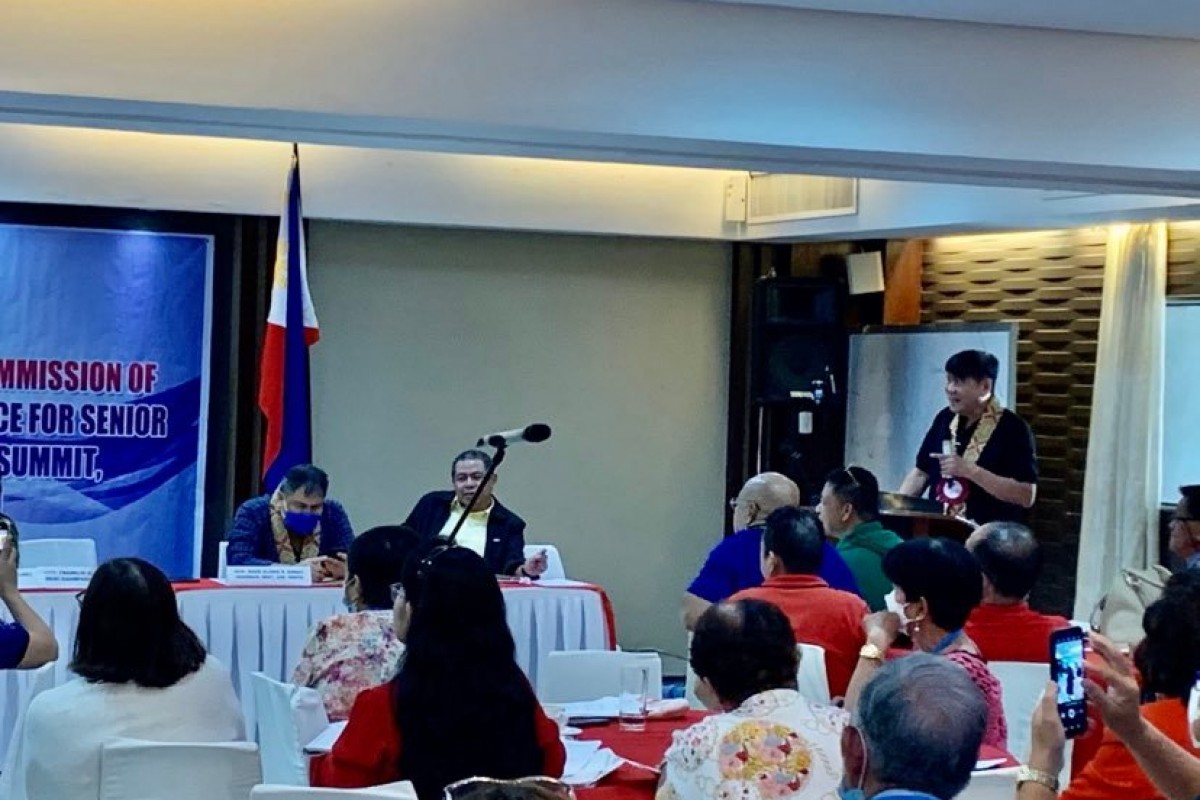 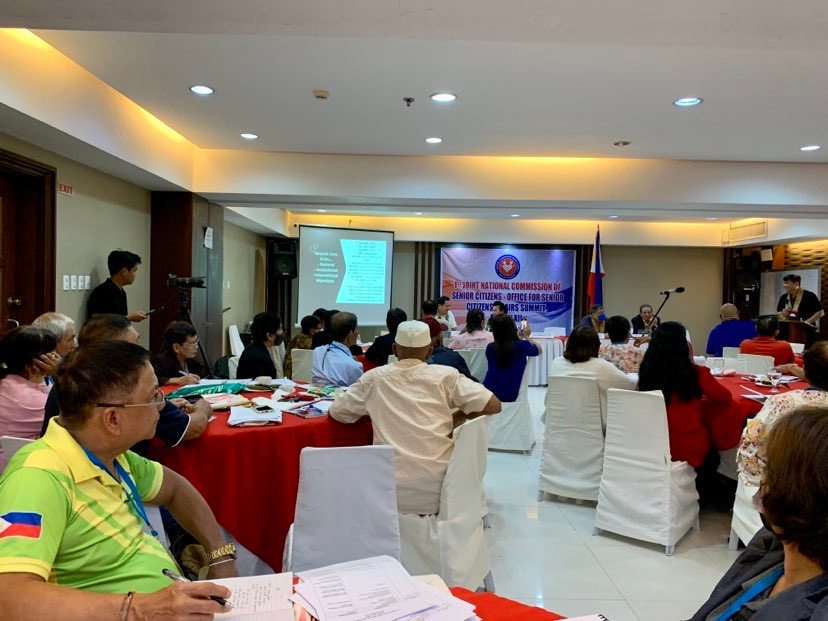 GENERAL SANTOS CITY – The National Commission of Senior Citizens (NCSC) is pushing for the enhancement and alignment of various policies to further improve the welfare and development of the country’s elderly sector.

This, as the Commission has completed the initial leg of its formal consultations with senior citizen leaders in Region 12 or Soccsksargen as it expands its engagements to directly reach out to more stakeholders in the area.

In coordination with the Department of Social Welfare and Development (DSWD)-Region 12, NCSC hosted the first-ever joint regional summits for the Federation of Senior Citizens Associations of the Philippines (FSCAP) on Sept. 29 to 30, and with the Office for Senior Citizens Affairs (OSCA) on Oct. 10 to 11 at the East Asia Royale Hotel here.

“We are going directly to our senior citizen leaders to determine the current situation of their sector, identify the issues and challenges they are facing, set the necessary interventions, and consult them on policy-related matters,” he said.

Espejo, who has supervision over the NCSC’s Region 10 and 12 cluster regions, said among the major concerns that came up during the summits are the accreditation of senior citizens associations, selection and appointment of OSCA heads, appropriate honoraria for OSCA heads, and the functions and mandates of the FSCAPs and OSCAs.

He said it came out that some of the OSCA heads in the region were appointed by the mayors without undergoing the required process, which includes their election and nomination by local senior citizens associations.

Some local government units (LGU) have reportedly not complied with the granting of the mandated honoraria for OSCA heads, which is equivalent to Salary Grade (SG) 10.

There are OSCA heads in the area who are only receiving PHP2,000 to PHP5,000 a month from their LGUs as honorarium, way below the PHP22,190 pay rate.

For the FSCAPs, some of the chapter presidents related their difficult relationship and even non-recognition by the OSCA heads and local chief executives.

Problems also came up with the system on the recommendation, approval and validation of beneficiaries at the barangay level of the Social Pension for Indigent Senior Citizens (SPISC).

“We are documenting and consolidating these concerns right now, and assisting them to come with official positions. NCSC will work with the FSCAPs and the OSCAs in elevating these to proper agencies and officials for resolution,” Espejo said. 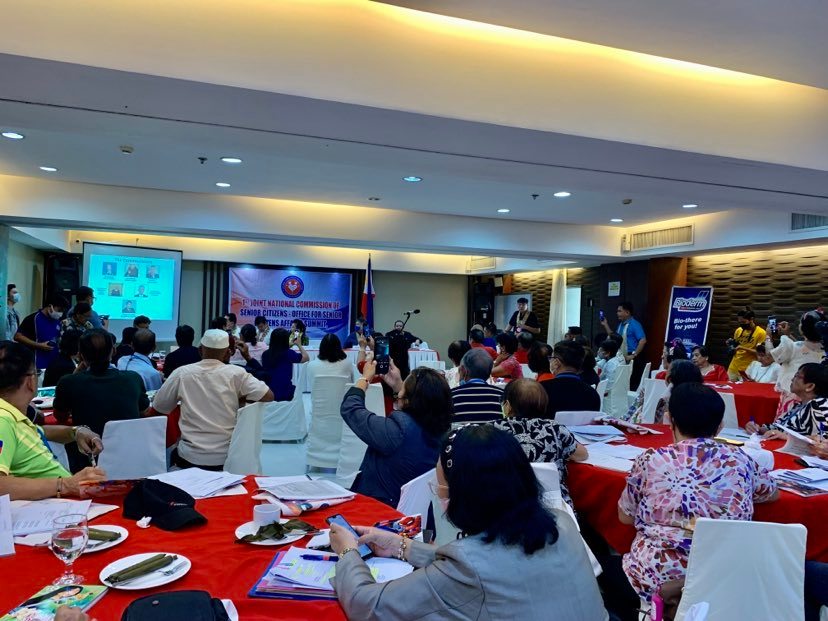 Lawyer Franklin M. Quijano, NCSC Chairperson and Chief Executive Officer, said NCSC is focused on addressing the concerns of the elderly sector and in pursuing its mandates and programs as set in Republic Act (RA) 11350 approved by President Rodrigo R. Duterte in July 2019.

“(NCSC) is a legacy of President Duterte and we’re very grateful for that. The senior citizens now have its own national office and has the attention of the government and other stakeholders,” he said in his keynote speech during the opening of the regional OSCA Summit on Oct. 10.

He said the Commission will continue to push for the enhancement of policies and the implementation of more programs that would further develop, protect better, and improve the welfare of the country’s more than 12 million senior citizens.

Quijano said the Commission recently signed an agreement with the Philippine Health Insurance Corp. for the harmonization of the free consultation services for senior citizens through the Konsulta Program.

NCSC is supporting the rollout of a universal pension for senior citizens, increasing the mandatory working age, provision of free medical services and other related benefits, establishment of more elderly residential care facilities, among others, he said.

“There are many senior citizens who already retired but are still capable and can still be productive. We are engaging various agencies to open up opportunities for able seniors to continue working and essentially contribute in nation-building,” Quijano said.

During the summits, NCSC conducted workshops with the participants to cultivate their dreams aspirations as well as remind them of the mandates of their respective organizations.

DSWD-12, through its elderly program focal person Labinia Bañes, provided updates on the implementation of the SPISC and other related programs in the region.

“We appreciate (NCSC) for hosting this gathering and bringing these matters directly to us. We’re hoping for more consultations and engagements like this in the future,” said Josephine Mendoza, OSCA head of General Santos City.

NCSC is set to conduct a regional summit for OSCA in Region 10 on Oct. 26-27 and another for the FSCAP in November that will be held in Cagayan de Oro City. (Allen Estabillo/NCSC)