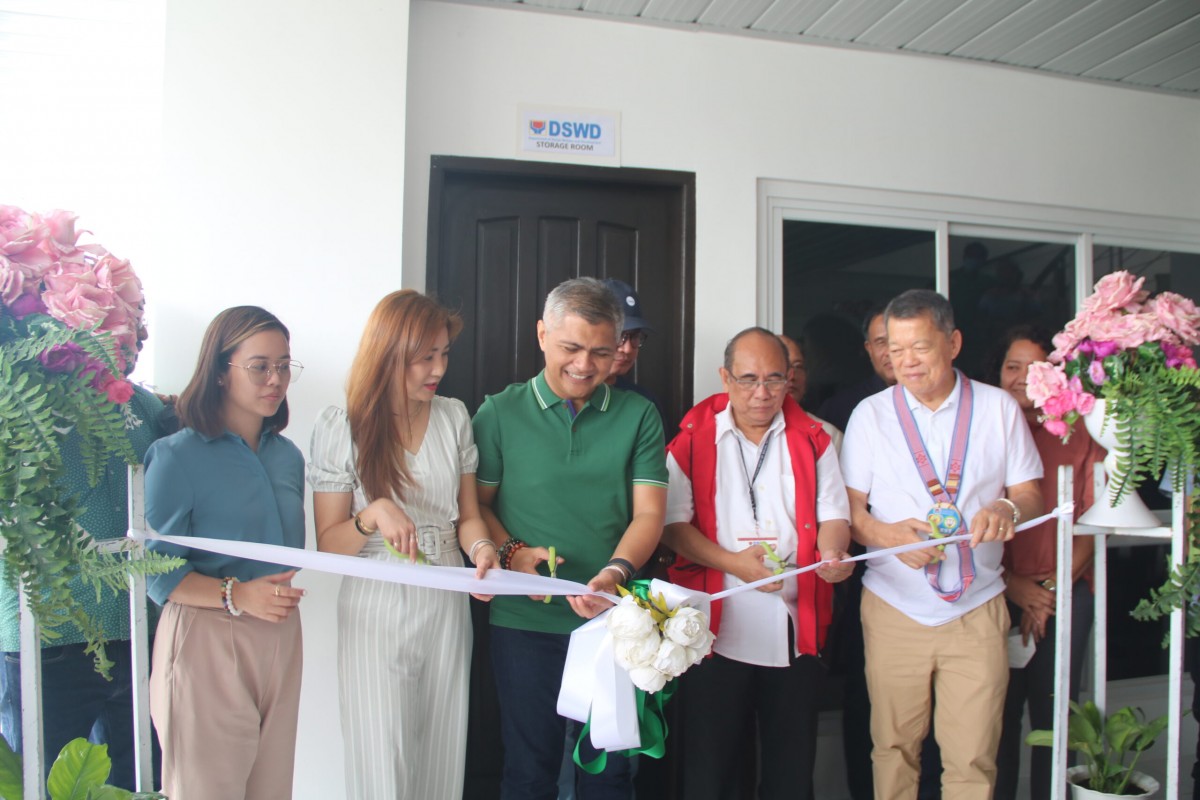 CALAPAN CITY, Oriental Mindoro (DSWD) -- The Department of Social Welfare and Development (DSWD) and the Provincial Government of Oriental Mindoro signed a Memorandum of Agreement (MOA) for the provision of province-owned warehouses, as well as the use of a satellite office by the DSWD on October 20.

Representing DSWD Secretary Erwin T. Tulfo, DSWD Undersecretary Vilma B. Cabrera and Oriental Mindoro Governor Humerlito Dolor signed the MOA which highlights the turnover of the warehouses and satellite office in the newly completed Capitol in the South in the Municipality of Roxas, and the 24/7 Rescue Operations Center in the Municipality of Pinamalayan as an additional facility for the pre-positioning of DSWD relief commodities.

Under the agreement, the DSWD shall preposition emergency relief items to the designated warehousing facility which will be part of the DSWD’s resource augmentation to the different local government units (LGUs) in the province. The Department will also provide technical assistance on proper warehouse and inventory management.

The provincial government, on the other hand, shall ensure proper management of the pre-positioned relief goods based on standards set by the DSWD.

On behalf of the Secretary, Undersecretary Cabrera thanked the provincial government for offering the warehousing facilities and acknowledged all officials who worked hard to make this collaboration possible.

“One of the thrusts of the DSWD is the pre-positioning and stockpiling of relief commodities in municipalities and provinces for disaster preparedness. We have a national warehouse but we must not expect all relief commodities to come from this, but from the provinces as well, so we can immediately do relief augmentation to the affected population,” the Undersecretary added.

Other guests who graced the event were the members of the Sangguniang Panlalawigan of Oriental Mindoro, Sangguniang Bayan of Roxas, and personnel of the Provincial Social Welfare & Development Office and Provincial Disaster Risk Reduction and Management Office. (DSWD)