A constructive dialogue with the United Nations Committee on the Rights of the Child (UNCRC) was held at the UN Office in Geneva, Switzerland. The Philippine Delegation was headed by Executive Director Angelo M. Tapales of the Council for the Welfare of Children and co-headed by Presidential Human Rights Committee Secretariat Undersecretary Severo S. Catura. The PhilDel was composed of high level officials from PH agencies instrumental to the monitoring and implementation of laws and measures for the promotion, protection, and fulfillment of the rights of the child.

The Philippine Commission on Women (PCW) presented initiatives toward child rights protection as part of the Philippine delegation. PCW Executive Director, Atty. Kristine Rosary E. Yuzon-Chaves, together with Ms. Anette Baleda, Chief of the Policy Development, Planning, and Monitoring and Evaluation Division (PDPMED) represented the Commission in the said dialogue and responded to queries relative to government efforts in implementing gender-responsive policies affecting children, in connection with the country’s fifth and sixth periodic reports to the Committee.

The Committee Experts lauded the country for being a forerunner in enabling child participation and in making progress in passing legislation, especially regarding child marriage and online abuse. They also commended the Philippines for efforts in guaranteeing birth registration, particularly within populations of concern.

However, the Committee raised questions on different issues, including the levels of violence to which children were exposed, child marriage, child labor, discrimination of LGBTQIA+ children, trafficking, adolescent pregnancy, sexual abuse and domestic violence, among others.

On the issue of child marriage, the Committee posed a query on the nationwide implementation of the law prohibiting the same and its effectivity as to Muslim Filipinos and Indigenous Peoples. The Philippine delegation, through PCW, clarified that Muslims and Indigenous Communities can be held liable for Facilitation and Solemnization of Child Marriage a year after the effectivity of the law, which is on January 7, 2023. The Commission also shared that the Implementing Rules and Regulations is being drafted and that the PCW is working on the dissemination of the law, commencing with a seminar in June 2022 with Muslim and Indigenous People.

The inquiry also covered the protection of rights of children in the LGBTQIA+ community. The Philippine delegation, thru PCW, conveyed that under existing law, the Safe Spaces Act, gender-based sexual harassment, which already defined to include transphobic, misogynistic, and homophobic remarks, is penalized. To strengthen its implementation, the Inter-Agency Oversight Committee on the Safe Spaces Act was established. Moreover, the PCW also conveyed that under the said law, all educational and training institutions are directed to create a Committee on Decorum and Investigation (CODI), tasked with receiving and investigating complaints on gender-based sexual harassmanent.

“To ensure that there is an effective implementation of this law, an inter-agency committee was created to ensure that there is a continuous updating on the implementation of the respective mandates of these agencies under the law. Barely three years from its enactment, the committee has already met 5 times, with member agencies having implemented various programs for the enforcement of the law,” ED Yuzon-Chaves said.

“The State wishes to report as well that for the past several years, it has been very active in providing gender sensitivity trainings to all government agencies including agencies handling children and the youth, and schools. In fact, the State is currently working with the curriculum developers of the education sector to ensure gender responsiveness and gender sensitivity is included and taught,” ED Yuzon-Chaves shared. This is also in line with the 2017 policy on gender-responsive education aimed to foster a more inclusive education system that does not discriminate against children, especially those from vulnerable sectors.

Amongst the pressing concerns the Committee raised is on violence against children, with the Committee experts noting that “violence against children was a big issue, with over 80 percent of children being exposed to violence in the home and elsewhere.” Relative to violence covered by Republic Act 9262 or the Anti-Violence Against Women and their Children, the Philippine delegation informed the Committee that there will be a full-blown assessment of the law to examine its impact, review the efforts of duty bearers in all levels, and identify challenges in its implementation. Moving forward, the results can be used as ground for recommendations to improve its enforcement.

In addressing violence against children, the Committee also inquired as to the availability and accessibility of helplines as well as the capacity of personnel handling these lines. The PCW notified the Committee that various helplines are being operated by different government agencies and added that in 2021, the Commission worked on including VAWC as one of the emergencies to be responded to by 911 operators and have in fact participated in the training of 911 operators to handle abuse and trauma cases.

In line with family relations and health, the Committee looked into the welfare of children with incarcerated parents as well as the leaves available for mothers. In response, the PCW reported that the State has a policy in place to ensure the safety and well-being of infants from 0 to 12 months old. Under the First 1,000 Days Law, a child shall not be separated from the mother from 0 to 6 months extendible to up when the child is 12 months old, that breastfeeding of the infant should be ensured, that health protocols should be in place to safeguard the health of the infant and the incarcerated mother, and that they should be given ample protection within the facility. Existing policies also mandate the establishment of lactation stations as well as the creation of child-friendly visitation areas in the jail. As to maternity leave, the State informed the body of the new law extending the number of days for this, under the Expanded Maternity Leave Law.

The Philippine delegation expressed to the Committee its earnest commitment to ensure that children’s rights are protected and promoted. Angelo M. Tapales, Executive Director, Council for the Welfare of Children and head of the delegation, shared developments in this aspect including three nationwide children's consultations conducted in 2022, enhancement of the Guidebook on Child Participation in the Philippines, development of the 2017-2022 National Strategic Plan on Child Participation in the Philippines to strengthen the promotion of child participation in the family, community, school, media, and other institutions. I

In addition, the State envisions the Magna Carta of Children, a comprehensive children’s human rights law, to be enacted in 2025, which would be the anchor in creating the Philippine Commission on Children and the Child Ombud.

In conclusion, Usec. Tapales said that the “Government was committed to upholding its treaty obligations, particularly regarding the Convention. The Philippines had come a long way regarding children’s rights protection, but knew that more could be done. The observations of the Committee regarding the issues facing the children in the country would all be taken to heart, and the Government would take all necessary steps to address those concerns.”

The Philippines ratified the CRC in 1990 and has engaged the UNCRC, composed of 18 independent experts, every five years since then. In the dialogue, the fifth and sixth periodic reports on the PH efforts under the Convention were presented and the delegation was also asked to provide more information on the queries.  (PCW) 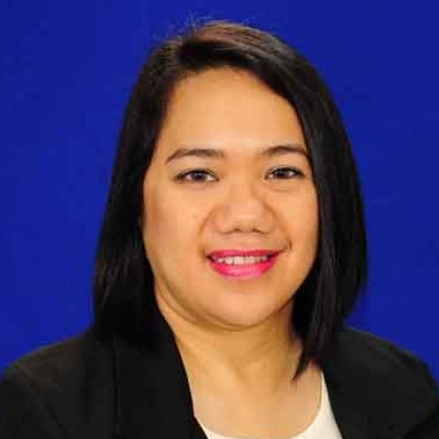