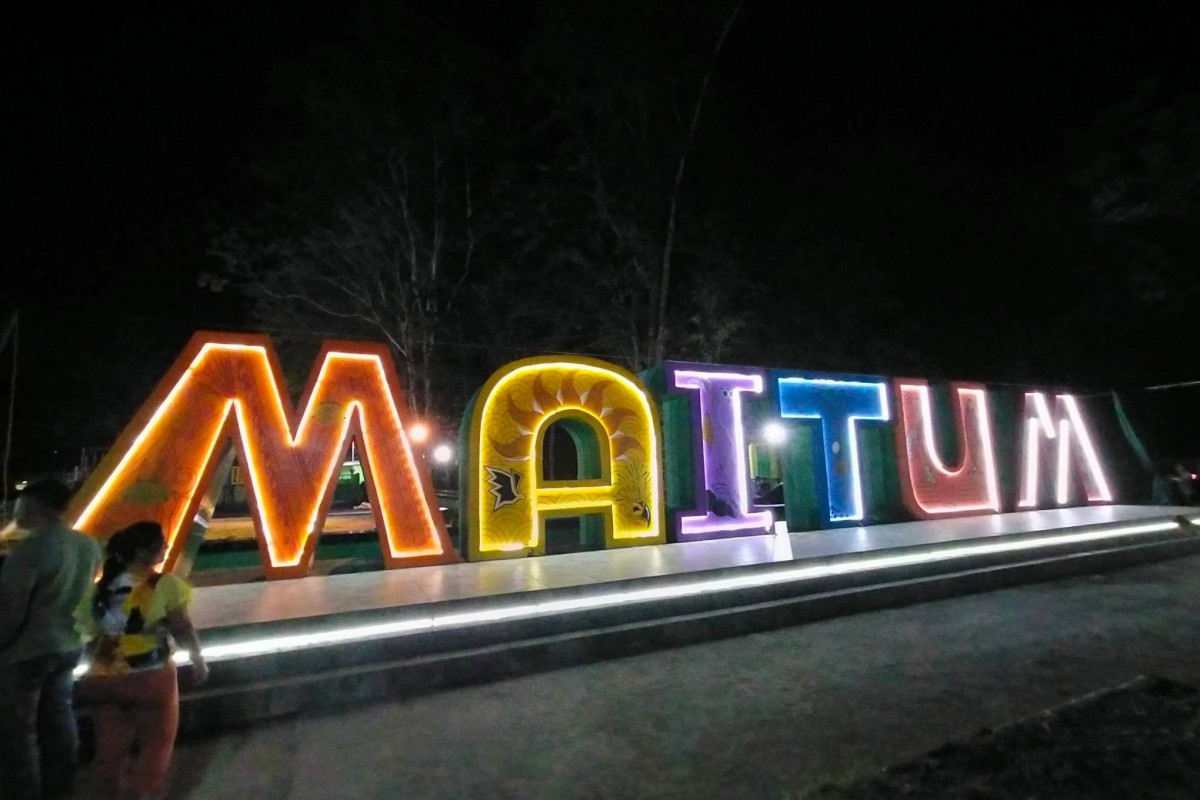 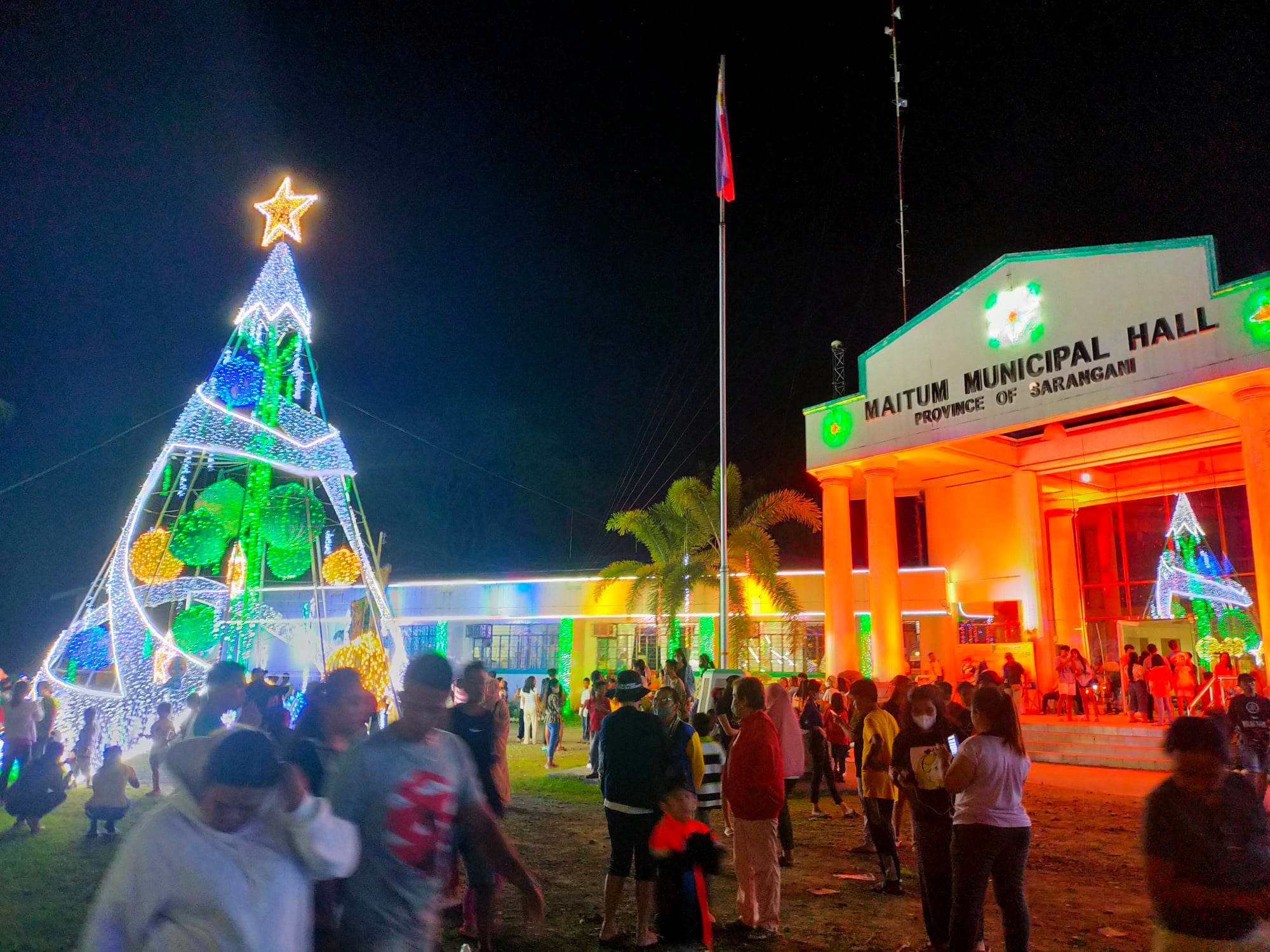 One of the highlights of the event was the unveiling of the Maitum landmark at their Children’s Park. Municipal officials, headed by Mayor Alexander Bryan Reganit, as well as LGU department heads, attended the event. There was also a ceremonial lighting of 37ft. giant Christmas tree in front of the Maitum municipal building.

It also had the opening of the Light-a-Tree contest with this year’s theme “winterland.” There are five participants coming from the Department of Education and the private sector. The five entries are being displayed in front of the municipal hall building, in which it becomes a Christmas park village during the night. 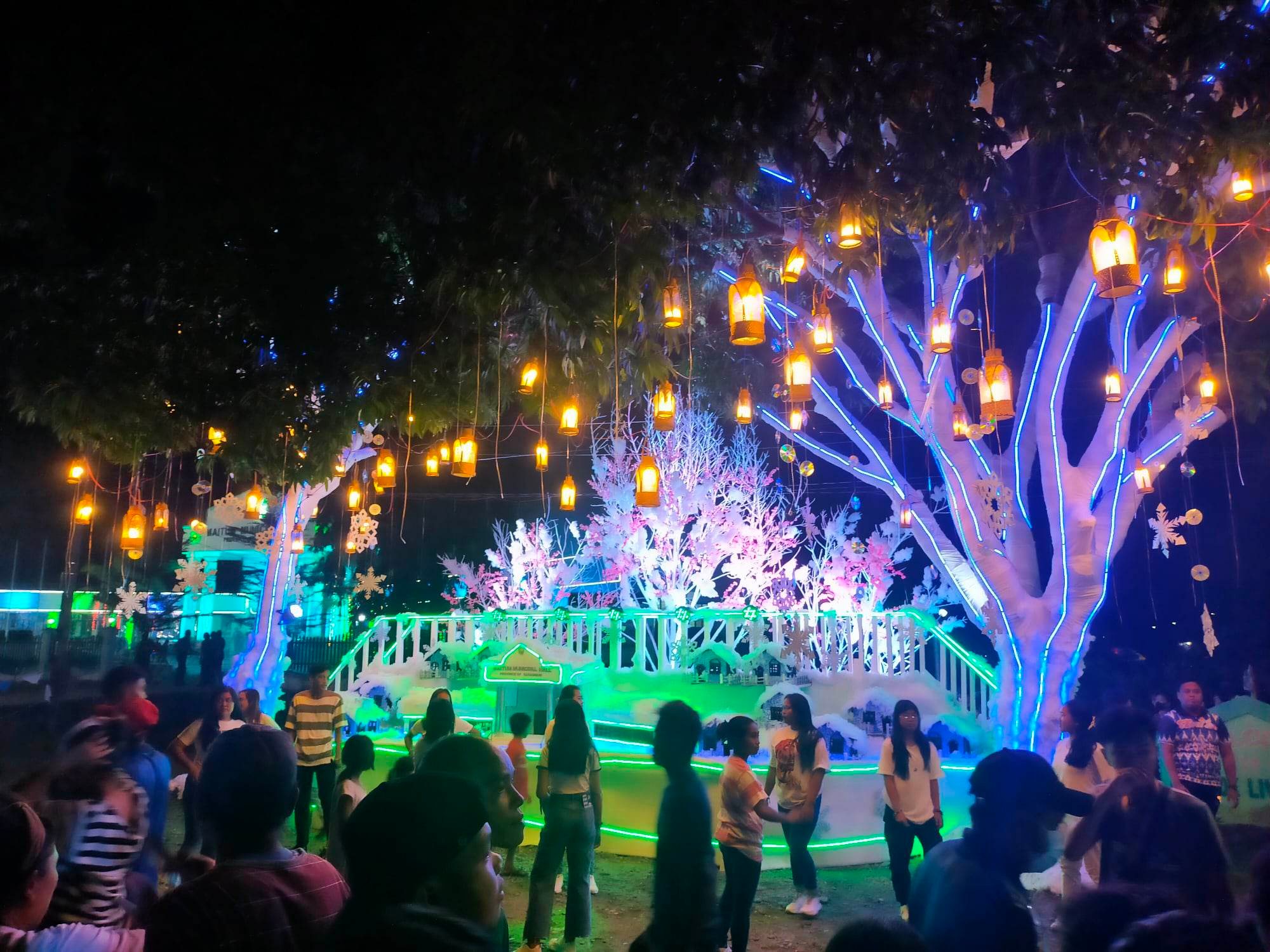 The Light-a-Tree contest under the initiative of Mayor Reganit has always been an attraction to visitors from other towns and provinces since 2016.

The light-a-tree contest has day and night judging with three phases. The first was on December 9, the second will be on December 21, and the final judging will be on January 24, 2023 during the celebration of Bangsi Festival.

The opening of the “Paskong Pasko sa Maitum Winterland” ended with a grand fireworks display.

"I have many surprises for you this December leading up to the Bangsi Festival,” Mayor Reganit said.

The mayor hopes that this event would help inculcate a sense of unity and love among his constituents, and will relieve worry and stress from people, expressing confidence that the colorful Christmas lightings have the ability to energize people's mind resulting in a more relaxed and joyous Christmas celebration of families come December 25. (Genory Vanz Alfasain/VOTY)