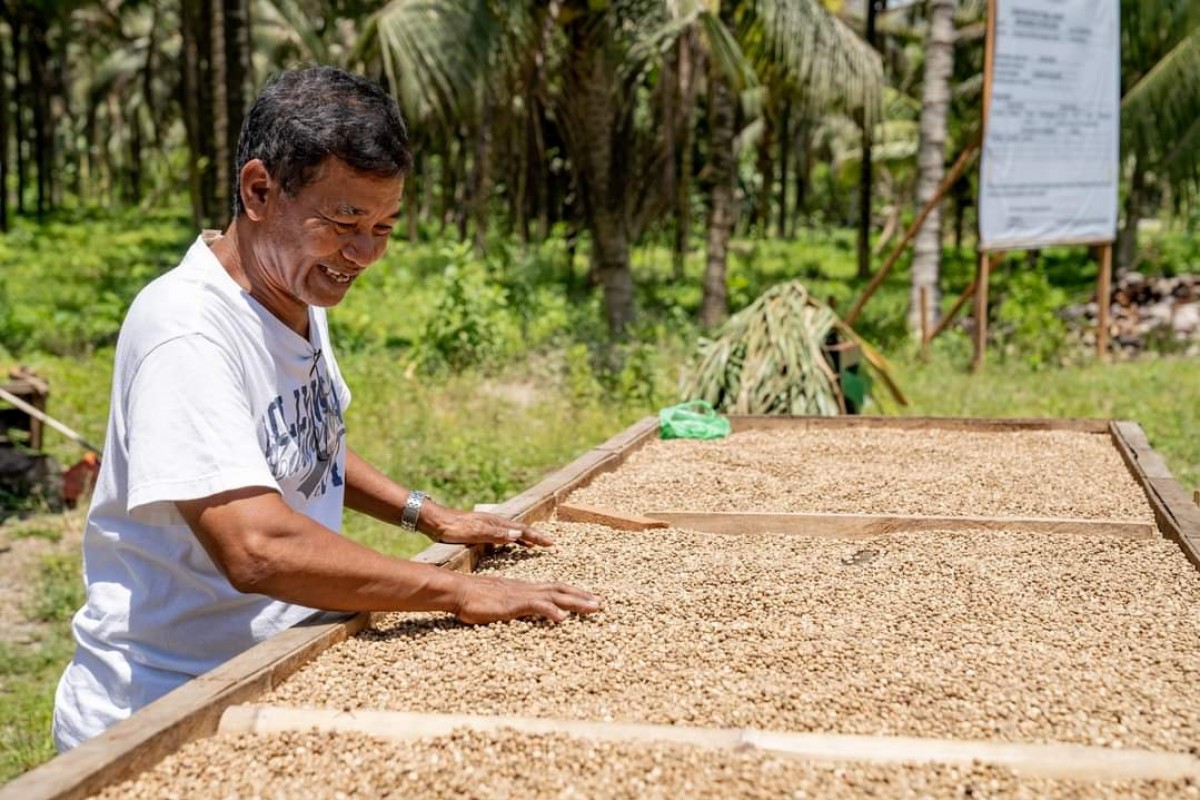 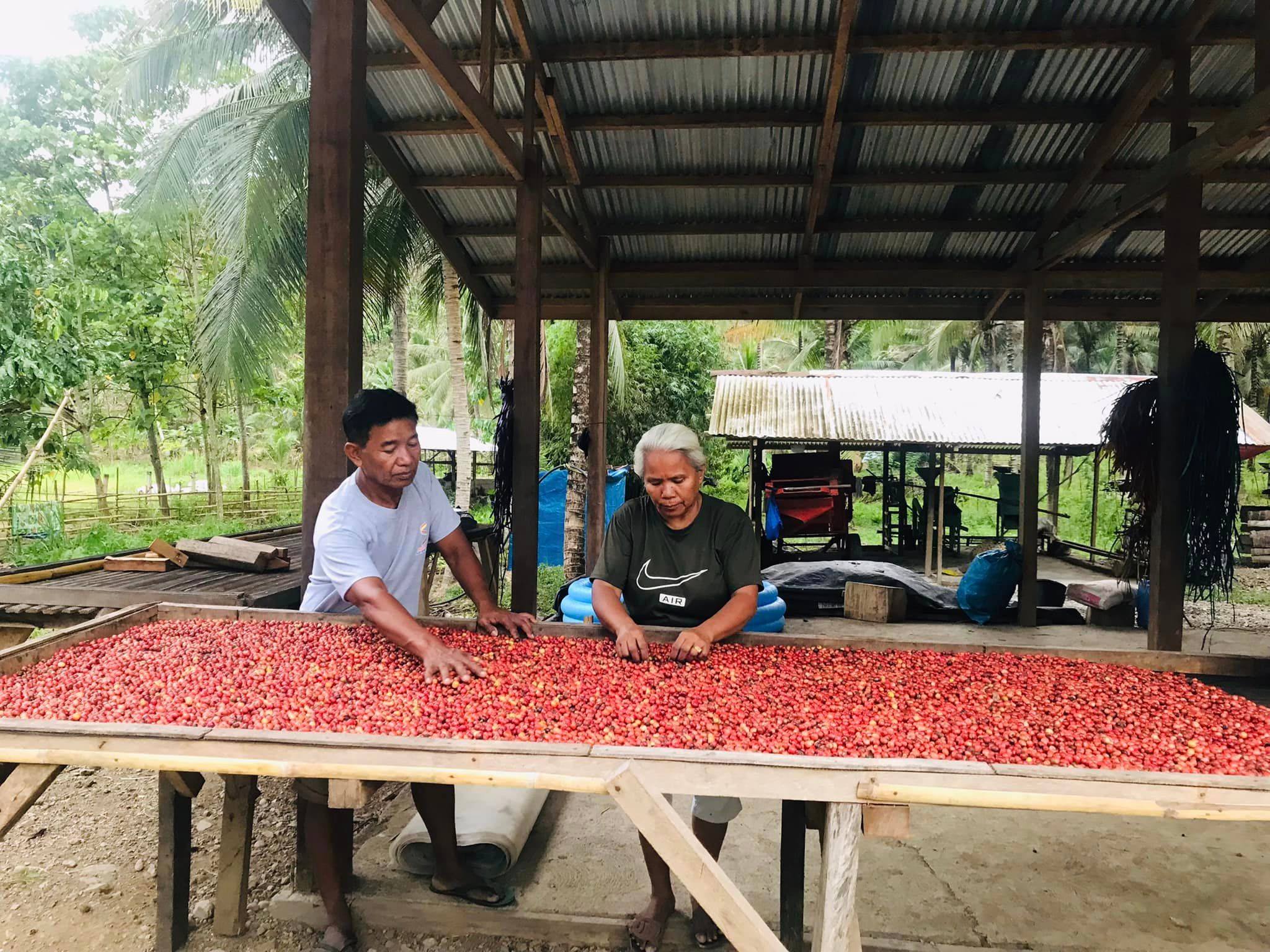 Kubli Kusin, a Tboli farmer from Maitum, Sarangani Province, admits that he disregarded the idea of coffee as “traditional source of income.” According to him, he ignored it, just like other coffee farmers, thinking that there is no stable market for it.

“I felt guilty that I neglected our coffee trees. If I cared and maintained our existing coffee trees before, it would be productive today,” he said.

Kusin is not the only farmer who has this kind of mentality. Back then, most coffee farmers did not care much for their coffee trees because there were no proper interventions. Most of them did not apply Good Agricultural Practices (GAP), which include soil analysis, care and maintenance, proper post-harvest handling and processing.

“We are into integrated farming. We have banana, coconut, abaca and coffee. Before there were many problems in coffee farming. It had no market and was laborious. That is why most farmers tend to pursue ‘cash crops’ like banana, coconut and corn in order to survive,” Kusin said.

In addition, coffee farmers were practicing the “hamros” or strip method, in which they harvested both green and red cherries. The strip harvesting method definitely affects the quality of the overall product.

Since they harvested coffee cherries with different maturation stages, it is also expected that the coffee produced will have an astringent and inferior coffee flavor. In other words, the unripe green cherries, mixed with the others, will make the coffee more bitter.

Coffee traders would buy it at a lower price because of its low quality. The farmers felt disheartened due to its low buying price and the laborious process. 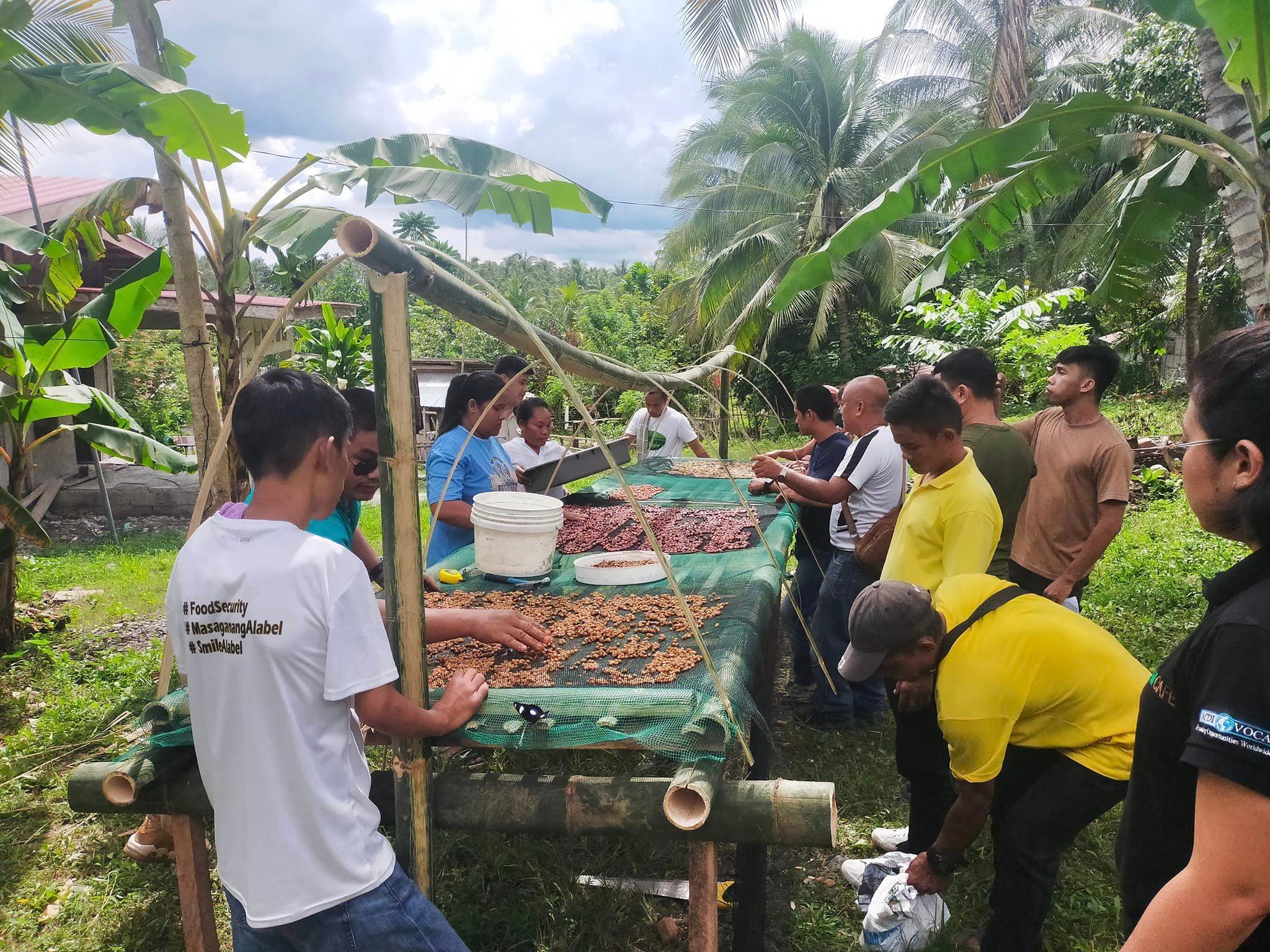 Kusin organized the Upo Valley Farmers Association (UVFA) on August 17, 2016 but did not put emphasis on coffee farming since they thought it had no market.

“In the past, there was coffee assistance like giving coffee seedlings. In my case, I just plant it for compliance sake,” he said.

Kusin shifted his mindset when he became involved in the coffee industry of Sarangani. With the encouragement of his fellow coffee farmers like Renny Boy Takyawan, he realized the worth of coffee and how it can address the poverty issue in the province.

As of this writing, UVFA has more than 100 members. Kusin, who leads the group as president, availed different government and non-government assistance, which encouraged them in turn to pursue coffee farming in a sustainable manner.

Despite significant progress in recent years, the Philippine coffee sector remains in need of support to ensure growth and improve livelihoods for coffee farmers.

Kusin and his members have participated in various coffee trainings to learn new farming technology and link them to market opportunities and financial institutions.

As a member of policy lobbying groups like the SCIDC, he is familiar with drafting resolutions and recommending necessary policies for the coffee sector because of his experience as the former municipal and barangay official of his town.

“We hope that our local government will give its full support for the coffee industry not just in Maitum but also in the whole province,” he said. 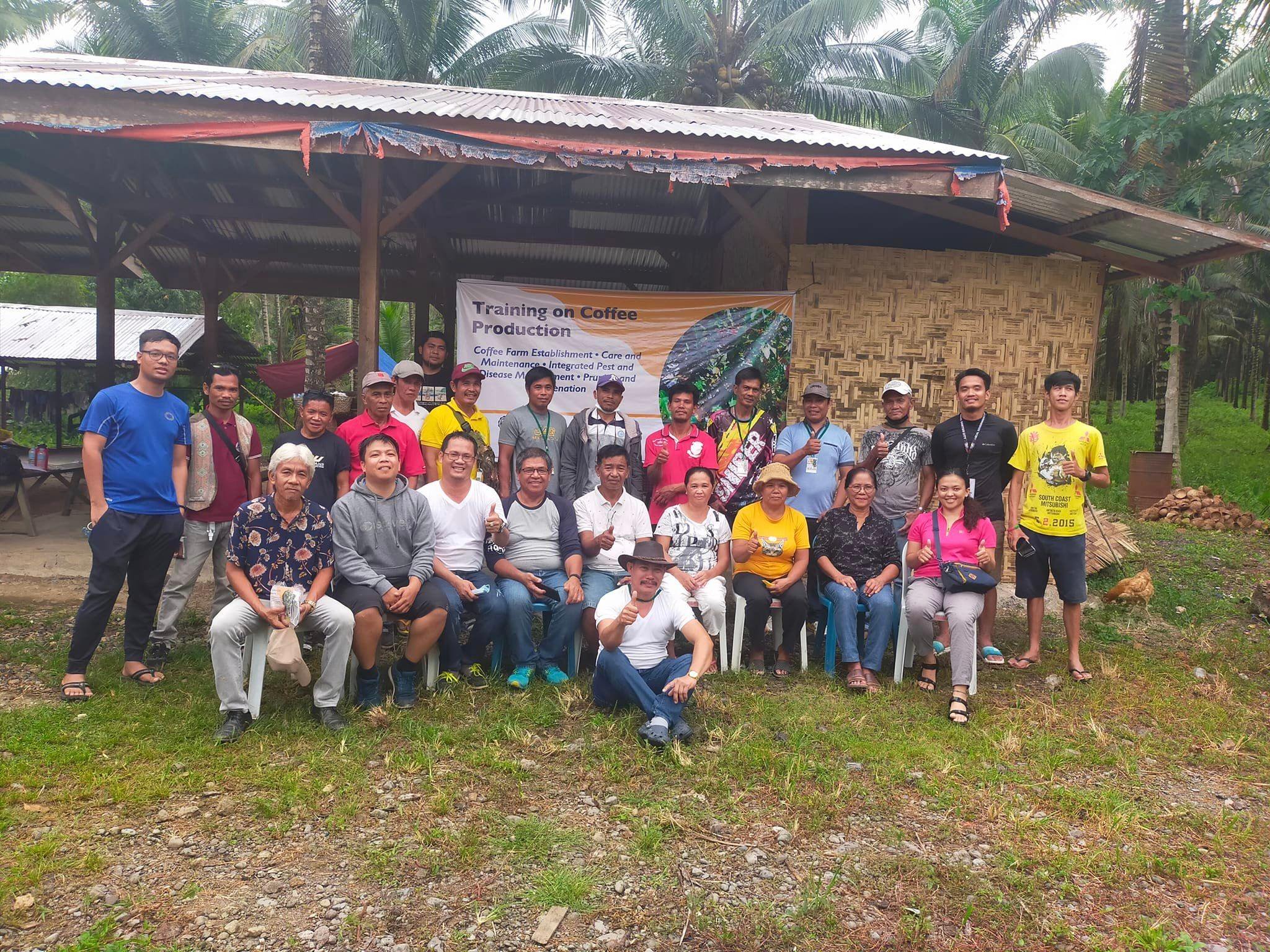 The Philippines being one of those countries which lies within the “coffee belt” region in the world has favorable climatic conditions to grow all four varieties of coffee, namely Robusta, Arabica, Excelsa, and Liberica. The largest coffee producing regions in the country are based in Mindanao – Soccsksargen, the Bangsamoro Autonomous Region in Muslim Mindanao, and Davao.

In recent years, there is a growing coffee movement in Sarangani that wants to promote and practice GAP to produce quality coffee, hoping for a better chance in the domestic and international market.

“Because of the current coffee interventions, I realized the potential of coffee not only for me or in Maitum but the whole province. I mobilized the coffee farmers in our municipality to help the industry,” Kusin said.

Robusta is the major species of coffee found in Maitum. The municipality is known for its Bangsi (flying fish), rice, banana and corn production, not for coffee.

Kusin then acknowledged that it is a big challenge for him to get coffee at the forefront of his town’s agricultural priorities.

“We have many things to learn in coffee. It remains a challenge to introduce new farming technology to the farmers since they are used to the old ways. Most of them have this mindset of planting coffee trees without following the right protocol,” he said.

“As a result, our coffee trees are unproductive and cannot cope up with the current demand. That is why I encourage the coffee farmers to follow the proper protocol in coffee farming,” he added.

Despite the challenges in coffee farming, Kusin and his members still reap good benefits on following the proper protocol based on the series of training they have participated in.

Kusin recently gained popularity because of the highest cupping score he received from certified Q Robusta Graders during the 1st Kape Dose Festival held on September 29 to October 1, 2022, at Veranza Mall, GenSan.

This enables Kusin to supply Robusta coffee beans to local coffee shops such as Malaya café in Maitum and Side Notes café in GenSan. He was also able to secure partnership agreements with some local coffee traders in the region.

“A coffee farmer cannot demand for a higher price or compete in the industry if he does not follow the proper protocol in coffee farming. We are thankful for our learnings and the people who help us in the industry,” Kusin said.

Coffee farming and production is a family matter now for Kusin. He wants to inculcate the sense of land ownership not only to his four offspring but also to the young generation. Coffee education and awareness are necessary to thrive in the industry.

“I deter selling ancestral land because that is our source of livelihood. I encourage the young generation to plant more coffee trees because we are now old. It is difficult to start from scratch. The young ones should take advantage of the assistance that is given in the coffee industry,” he said.

Kusin has a good vision for the coffee industry in his municipality. He envisioned that “all Indigenous People in Maitum will consider coffee as a permanent crop.”

He also aspired that all coffee growers will have proper training to sustain them and their income. “We want Sarangani to be on the map as one of the coffee producing provinces in the Philippines.”  (Genory Vanz Alfasain/Sarangani Coffee Industry Development Council) 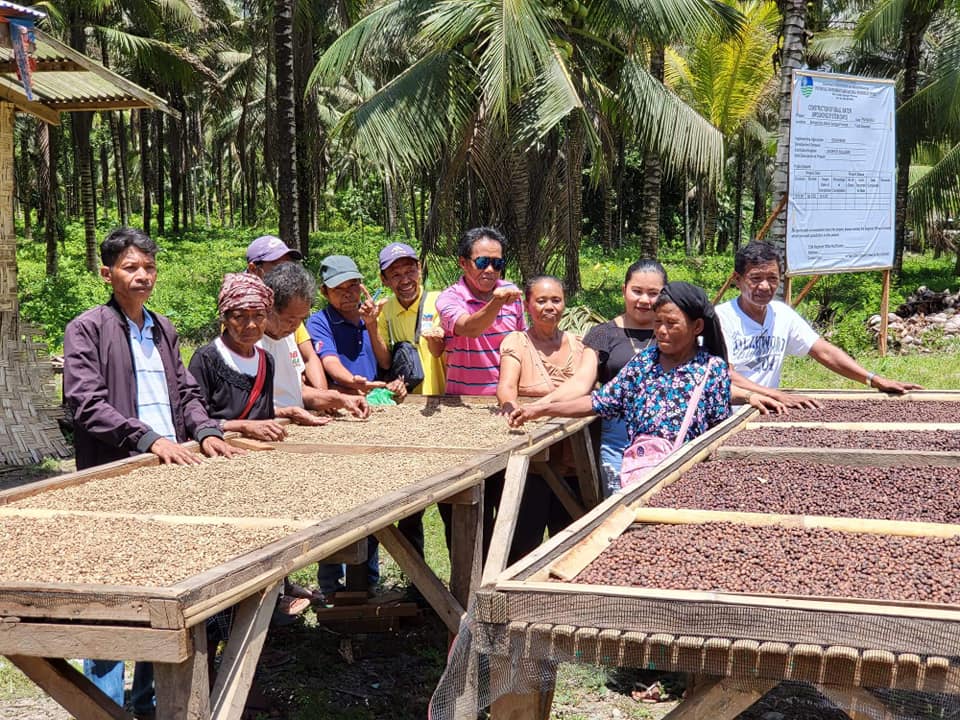