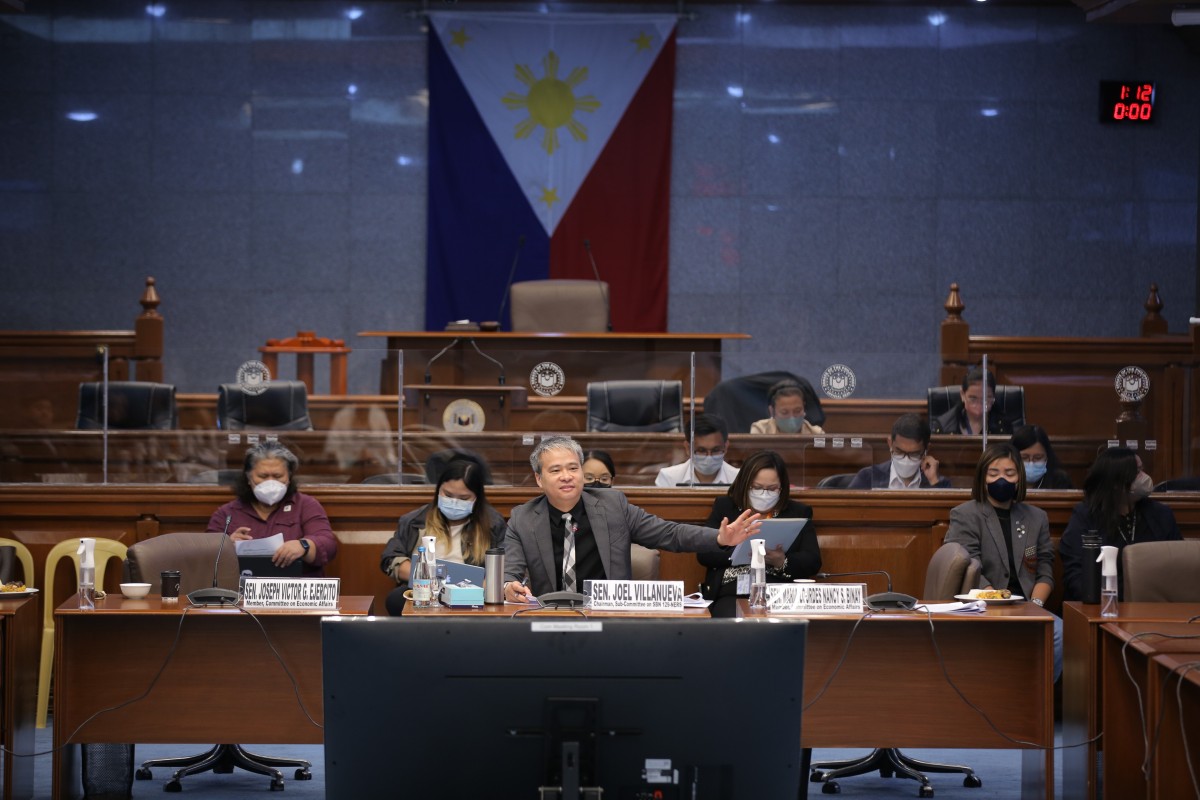 Villanueva made a pitch anew for his Senate Bill No. 129 or the proposed "Trabaho Para sa Lahat ng Pilipino Act," which establishes the National Employment Action Plan (NEAP) to set the direction for job creation.

"The solution is right before us, and it starts with the government and the private sector taking the same path in combatting unemployment and drawing up plans to provide a decent source of livelihood for our people," he said in his opening remarks on Tuesday’s hearing of the Senate Committee on Economic Affairs on the measure.

"We hope that through the establishment of the framework for our National Employment Action Plan, and with the help of our co-workers in the government and our partners in the private sector, we can create at least 1.7 million jobs annually," he added.

The former Technical Education and Skills Development Authority chief said the establishment of the NEAP will help "navigate the dynamic and ever-changing labor market for the benefit of the entire Filipino workforce."

Villanueva said the preliminary results of the November 2022 Labor Force Survey showing the number of unemployed persons at 2.18 million, and which has followed a downward trend since August 2022, is a positive development.

However, he said the rise in the number of underemployed at 7.16 million, from 6.67 million in October, remains worrisome.

"What we aim for our people are not just temporary gigs, but quality, decent jobs that can sustain families," Villanueva said.

The Majority Leader said his bill aims to address key employment-related issues such as creating an enabling environment that will support the growth of micro, small, and medium enterprises as well as industries with high potential for employment for job generation, continuing the alignment of the skills of workers and demands of industry, and improving programs such as employment facilitation services.

It also envisions to put in place targeted measures to ensure the employability and competitiveness of the Filipino workforce, and improve the collaboration between the government and the private sector, among others.

Villanueva has been advocating for quality, decent jobs for Filipinos since he entered public service as a party-list representative until he won a Senate seat.

"Trabaho ang trabaho natin sa Senado. This representation says this often to remind ourselves of why we are here and for whom we work for. Mula noon at hanggang ngayon, prayoridad po natin sa Senado ang pagpasa ng mga panukalang sisigurado sa kapakanan ng ating mga kababayang Pilipino," he said.